Despite the loss of 15 seats across Canada, the NDP have again nearly swept Vancouver Island in the 2019 federal election, including victories for all three incumbents representing Nuu-chah-nulth territory on the west coast.

As Elections Canada tallied the final polls Monday night, Rachel Blaney, Gord Johns and Alistair MacGregor were celebrating winning the respective ridings of North Island-Powell River, Courtenay-Alberni and Cowichan-Malahat-Langford. After dashing into the reception of his supporters in Parksville, Johns pledged to “protect salmon” and fight for “real reconciliation with Indigenous peoples”. For the second election in a row, Johns was formally endorsed by Nuu-chah-nulth leaders at the Council of Ha’wiih Forum on Fisheries in early October.

NDP Leader Jagmeet Singh made multiple visits to the riding leading up to the election. Johns garnered 41 per cent of votes, beating Conservative candidate Byron Horner’s 33 per cent, with Sean Wood of the Green Party and Jonah Gowans of the Liberals coming third and fourth.

“Our leader’s message of love and courage resonated with coastal people,” said Johns. “In this campaign, our goal was always to make sure that people of the coast have a seat at the table, that people and the environment were going to be front and centre, and we achieved that in this victory.”

Nationwide the NDP finished with 24 seats, a loss from the 39 held in the last session of Parliament. Under the new leadership of Andrew Scheer, the Conservatives gained 26 seats, finishing with a total of 121. But this fell short of the victory they pushed for over Justin Trudeau’s Liberals, who lost their majority to form a minority government with 157 seats. The Green Party gained one seat, adding a victory in Frederickton, New Brunswick to their two returning incumbents, Paul Manly and Elizabeth May on Vancouver Island. The Bloc Quebecois saw huge gains, increasing their representatives in Ottawa from 10 to 32.

“It’s a huge relief. That was a long and hard campaign,” said MacGregor while celebrating his NDP victory in Cowichan-Malahat-Langford.

He heard affordability struggles throughout his riding, where MacGregor claimed 36 per cent of the vote, beating out the Conservatives, Greens and Liberals.

“We live in a very wealthy country, but in my riding we have still very high rates of poverty, very high rates of people who are struggling to get by,” he said, adding that housing was a prominent concern with First Nation constituents. “We need to have a government that is prepared to develop an Indigenous-led housing strategy…one that addresses providing a supply of adequate, culturally sensitive, affordable housing.”

“I heard from my riding a lot of concerns about building up the economies in their communities, looking at economic marginalization,” she said. “A lot of concerns about young people and the challenges they’re facing. We have a couple of communities that have lost loved ones to suicide and want to address those issues that really need to be dealt with.”

Unlike many regions in central and Atlantic Canada, the Liberals finished low in many Vancouver Island ridings, often coming third or fourth behind the Conservative and Green candidates. MacGregor noted the distinction Vancouver Island showed in the election this fall.

“We often don’t go with the consensus that is in Eastern Canada,” he said. “We are very much influenced and informed by the deep and very rich cultural history of First Nations here, and we care deeply about our environment, so any MP that is elected from the seven Vancouver Island ridings is certainly going to come to Ottawa with those priorities.”

Blaney expects that a Liberal minority could better serve Canadians.

Blaney alluded to the Trudeau government’s decision over the last term to not implement a more proportional system of electoral representation. Keeping the existing system ended up serving the Liberals, as the Conservatives actually earned one a half per cent more votes across Canada.

“The last election we were told that there would be no more first past the post, that it would be a more proportional system,” she said. “People are feeling that they still want something to change in their democracy - they’re wanting to hear a broader range of voices.” 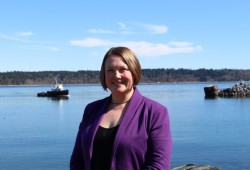 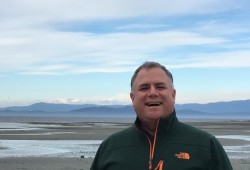 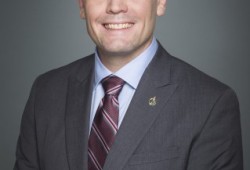