The NDP caucus has entered into a Supply and Consent Agreement with the minority Liberal government. According to Johns, the agreement aims to bring stability to parliament and get Canadians the help they need “following a sustained period of chaos and disruption in national politics.”

The agreement enables the two parties to work towards common goals such as dental and pharmacare, action on climate change and Indigenous reconciliation.

Johns said the NDP are pushing the Liberals to deliver the promises they make in the first year of the agreement, including funding for First Nations, that he says is inadequate.

“One of the biggest disappointments was actually around Missing and Murdered Indigenous Women and Girls (MMIWG). No new money, absolutely appalled, disappointed to say the least,” Johns said. “[The Liberals] basically repeated what they already announced for Missing and Murdered Indigenous Women and Girls and two spirit lgbtqia+, so it’s extremely disappointing and we will keep fighting for them to deliver more money and to accelerate the implementation of the federal pathway on this.”

“In terms of the government’s commitment, they haven’t delivered on it…they have not delivered on the Federal Pathway that they’ve promised around Missing and Murdered Indigenous Women and Girls,” Johns said. “We’re calling for a clear plan and obviously resources around all of the calls to justice. This is our top priority. We’re going to continue to put pressure on the Liberals to step up.”

The Native Women’s Association of Canada (NWAC) says in a press release that the federal budget delivers funding at levels that could make a real difference in the lives of Indigenous women, but falls short on MMIWG.

“The $11 billion over six years that has been promised to Indigenous people is targeted at some of the most urgent issues, including housing, health, social services, and education. We are also pleased to see that more money has been set aside for infrastructure on reserves, and to help First Nations locate burial sites at former residential schools,” states the press release. “We would have liked to have seen additional funds to stop the violence and genocide addressed in the National Inquiry’s Final Report on Missing and Murdered Indigenous Women and Girls.”

Additional funding for First Nations communities announced in the budget include $4.3 billion over seven years to help improve Indigenous housing, including a $300 million investment over five years, starting in 2022‑23, to co-develop and launch an Urban, Rural, and Northern Indigenous Housing Strategy. In addition, $2.4 billion over five years is in the budget to support First Nations housing on reserves.

“Three hundred million dollars is a drop in the bucket, it’s disappointing,” Johns said. “A new Indigenous Urban, Rural and Northern Housing Strategy is something we’ve been fighting hard for. The NDP was able to secure a doubling of the federal housing commitment to Indigenous housing from $2 billion to $4.3 billion.”

In addition, Budget 2022 proposes to provide $398 million over two years, starting in 2022-23, to support community infrastructure on Canadian reserves, of which at least $247 million will be directed toward water and wastewater infrastructure.

Budget 2022 also provides additional funding of $209 million to increase the support provided to Indigenous communities to document, locate and memorialize burial sites at former residential schools, to support the operations of a new building for the National Centre for Truth and Reconciliation and to ensure the complete disclosure of federal documents related to residential schools.

Johns said another area where the liberals fell short on the budget was their commitment to the toxic drug supply and overdose crisis.

“The fact that they only budgeted $100 million for the toxic drug supply and overdose crisis that’s claimed over 27,000 lives and has disproportionality impacted Indigenous people in B.C. …that’s about $33 million a year spread out over 10 provinces and three territories,” John said. “That just shows that stigma exists right in the government in terms of the resources they’re applying to this - and that money is for treatment, for recovery, prevention, education and a safe supply and that’s just completely unacceptable.”

An additional $227.6 million over two years, starting in 2022‑23, is proposed in the budget to maintain trauma-informed, culturally-appropriate, Indigenous-led services to improve mental wellness and to support efforts initiated through Budget 2021 to co‑develop distinctions-based mental health and wellness strategies.

“This isn’t an NDP budget. We’re using our power to secure results the Liberals haven’t delivered. Results that will make a big difference in peoples lives,” Johns said. 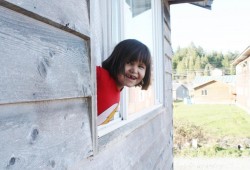 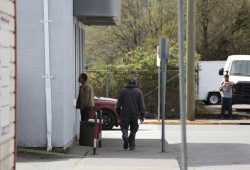 ‘This walk is to think of those ladies’: March prompts hope for change

Paul Johnson was only eight years old when his mother, Pauline, was murdered in Vancouver. …